We were approached by the Copthorne Village Millennium Group who were originally looking for someone to produce CDs and cases for their fundraising CD containing a number of historical photos and documents of their village. They already had a software solution for the CD – a very basic photo browser, which displayed the image along with its caption. During our first meeting with the client, it was noted that this piece of software was incompatible with Apple’s OS X operating system, and since many people are switching to Apple, we offered to come up with a cross-platform solution.

After extensive research, we couldn’t find any software that was suitable for the job – so we came up with the idea of creating a web-based version of the photo albums which would be launched directly from the CD. This had the added bonus of being compatible with pretty much any desktop operating system, including Linux!

Once the new version of the photo album was complete, we started work on a design for the inlay sleeve for the case, including the graphic design for the CD itself. The client provided us with a mock-up of what they hoped the case would look like. We took this prototype and provided a number of examples for the client to look at and give feedback on. Once a design was finalised and agreed upon, we then set about the task of producing all of the different elements and bringing them all together to form the final product.

For this project, we used:

To ensure quality at all stages of the project, all work was undertaken in house by our own creative team. 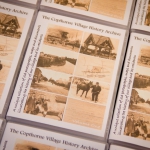 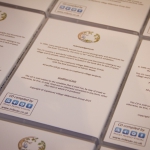 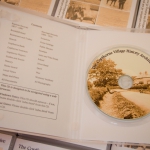 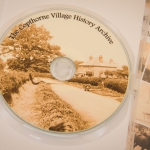 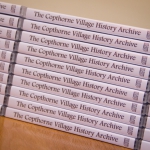